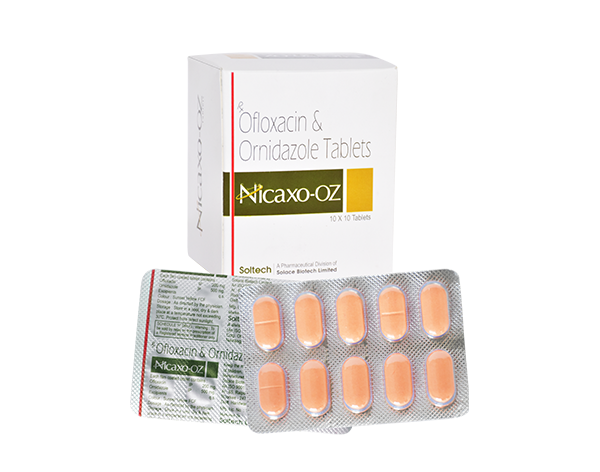 It is a broad spectrum antiprotozoal drug. It produces its action by entering into the cell by diffusion. The nitro group present in the drug is reduced to redox proteins in anaerobic organism to cause reaction with nitro radical which causes cytotoxic reaction by damaging the DNA. The helix of the DNA is destabilized and strand breaks.

The combination effect is exerted on the bacteria which causes destruction of the bacteria.

After administration of the drug it is well distributed into the body. The bioavailability of the drug is about 98%. The drug shows dose dependent response.

The drug is distributed well into the body fluids with mean plasma concentration was 0.8 to 1.5 times the plasma level.

About 65%-80% of the administered dose is excreted in unchanged form in urine.

After oral administration well absorbed in the body

The drug is excreted in urine and small proportion in bile.